Recently, a marketer friend of mine shared her frustration on Facebook with the state of “influencer marketing.” Her point (and a totally valid one) was that every podcast, presentation, blog round-up, and webinar seemed to include the same dozen or so names, and were alienating some great up-and-comers.

As a self-proclaimed up-and-comer, I would obviously love more companies to put me in the limelight. But my time will come. In the meantime, I ended up unpacking my thoughts in the comments on that thread and wanted to capture them here.

Where do marketing influencers fit in the marketing toolbox?

This has been a long-standing discussion in “influencer marketing” circles. Company needs eyeballs, leverages other people’s audiences to earn a share or some street cred that they were able to host so-and-so on a whatchamacallit. Or, get a “thank you for including me!” cursory share because they did some digging and extracted a quote from the influencer without even needing to reach out to them (translation: I’m happy to share this because you didn’t ask me to do any work).

Here’s the thing: it works. And it has its place in a marketing strategy to increase brand awareness.

But in the end, the seasoned members of that person’s audience will see the share or post for what it was: a play by that company to leverage a friend’s name to get shares/eyeballs on a whatchamacallit. That’s when people like my friend get frustrated and feel the need to vent on Facebook. Again, totally natural and understandable when you consider the difference in the relationship between an influencer and their friends, and that of a brand new audience via expert round-up post or webinar.

Is this bad? Does it make these influencers any less genuine or authoritative?

Of course not! But my friend’s point still stands: companies are placing more value on perceived reach and brand lift with these tactics than actually building influential brand advocates.

What I’d personally love to see is influencers making an effort to introduce new faces to the companies who reach out to them for their influence. That’s still being influential, more so if you think about it.

“Hey, thanks for reaching out. I think my friend Jenn would be a much better fit for this, mind if I check with her and then fire off an introductory email to connect you two?”

Think about how far that simple networking act goes for all parties involved.

But what happens when influencers stop creating opportunities for themselves to be influential?

Here’s the other thing I’ve recently come to learn…many of the people we see consider to be influencers have transitioned out of the trenches and are essentially professional authors, speakers, evangelists, etc. Their JOB is to raise awareness of either themselves or their company, and they do this through the efforts that frustrate up-and-comers watching from the sidelines.

Again, zero wrong with this. But now think about it from the perspective of the up-and-comer in the trenches. The up-and-comer’s person’s JOB is not to raise awareness of their books or speaking goals. So what do they really gain from embarking on an initiative to get themselves a seat at that table where they’re being invited to participate in podcasts, blog post roundups, and webinars?

It becomes hard to justify the time or return. Put another way, what if in trying to reach that level, the up-and-comer is taking time away from their primary responsibilities? Then nobody wins. Which is the predicament so many people in this segment are in, and why you don’t see them on lists, webinars, or podcasts.

By contrast, as an independent consultant (or principal in an agency), or someone who wants to make a career out of being a front man, the influencer has more flexibility and resources to pursue those efforts.

So we’re left in the same basic place as where we started, but hopefully with a clearer understanding of why influencers do what they do. 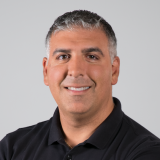